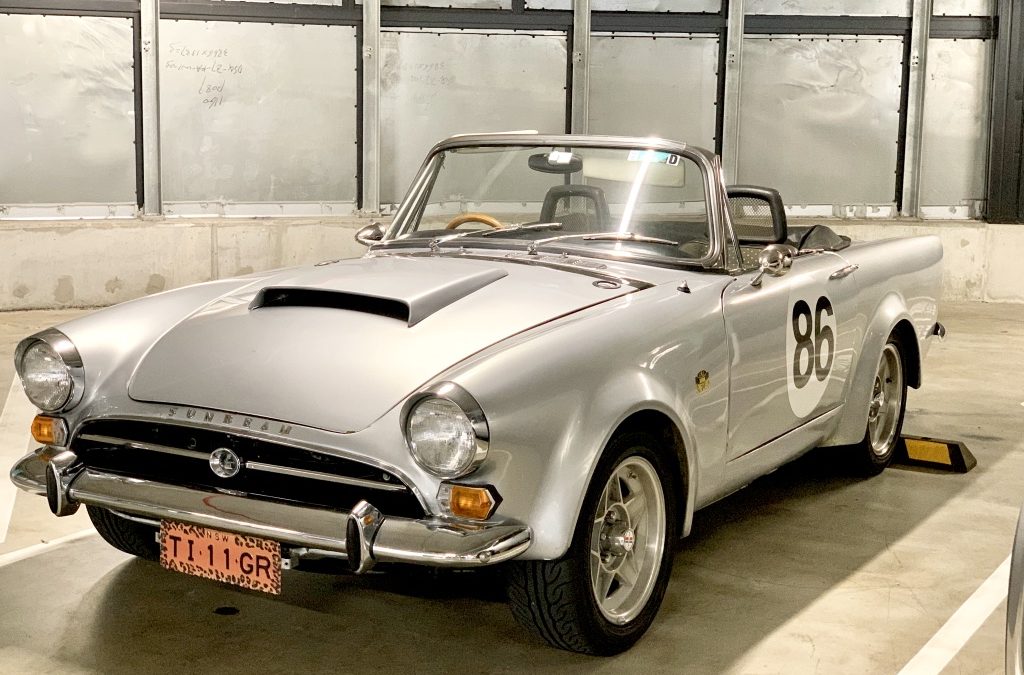 This week on The Finish Line Gallery we feature a 1965 Sunbeam Tiger replica owned by David Petrikas, president of The Sunbeam Owners Club of NSW Australia. 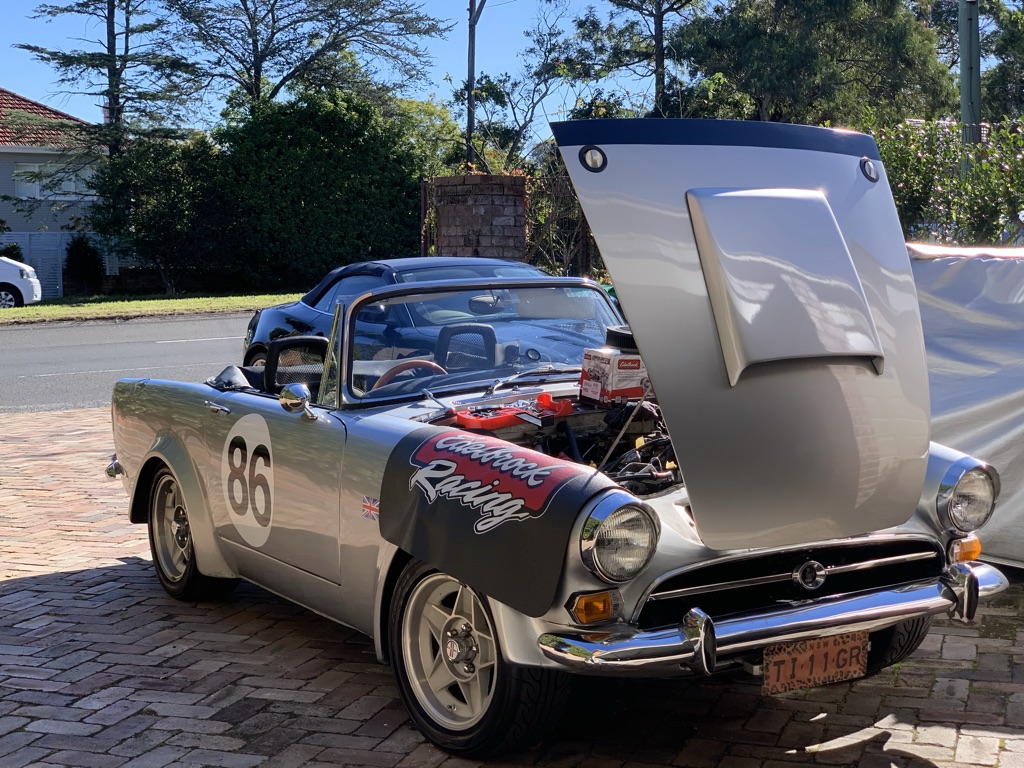 David says he fell in love with the Sunbeam Tiger when he first read about them in a classic car magazine. A year or two later he saw one in person and just had to have one. Eventually he found this example and bought it from an Australian muscle car collector.

The car is actually a 1965 Sunbeam Alpine that has been retrofitted with a Windsor 302 V8 and 4 speed Toploader transmission to make it into a Sunbeam Tiger replica. The previous owner, a British and sports car enthusiast, had modified the car to use both in historic racing and as a road car.

All About The Carburetors 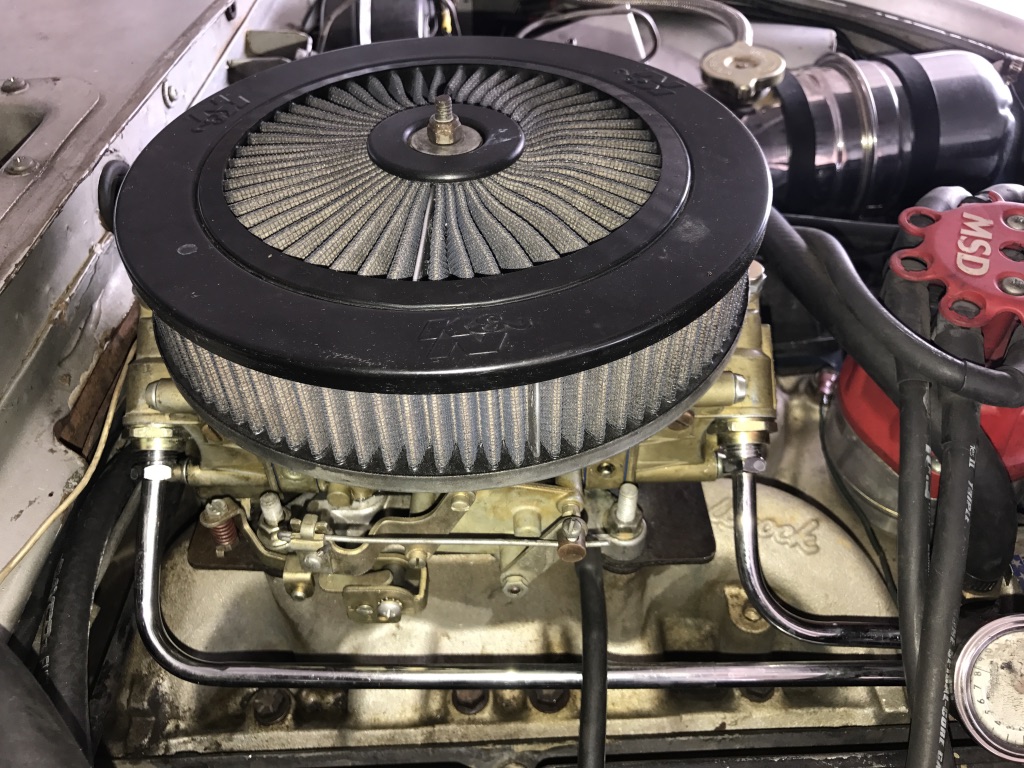 When first purchased, the car had an Edelbrock Torker manifold and 650 Holley double pumper (List 4777), which David says was a bit too big for road use.

He replaced that with a brand new Edelbrock Performer RPM manifold and the popular Holley 600 vacuum secondary carburetor (List 1850) which was great on the road, but a total disaster on the track. Every time he would take a left hand turn, all the fuel would run to the right side of the fuel bowl and because of the side hung floats, would shut off the needle which would cause the engine to sputter and nearly cut out.

He then tried a 600 vacuum secondary with double pumper fuel bowls and dual fuel feeds which overcame the fuel feed problem, but he had trouble setting it up correctly. He notes that it seemed to have sags or flat spots transitioning from cruise to mild acceleration, which would cause it to stumble. 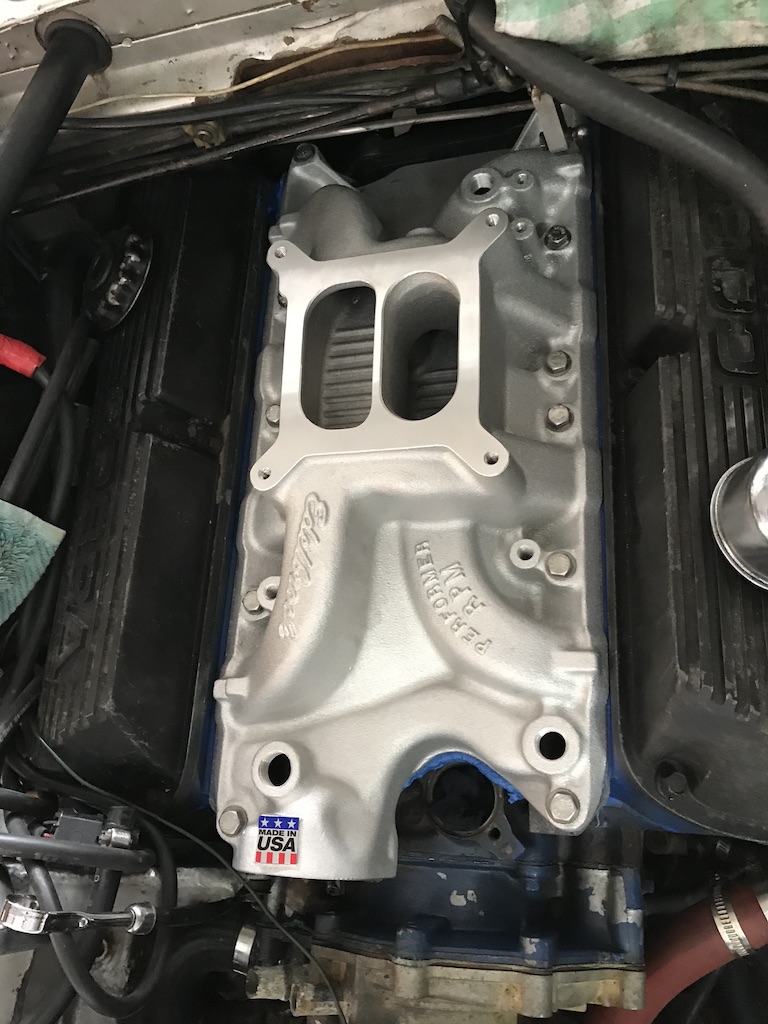 That problem was largely cured by changing the accelerator cam, which brought the accelerator pumps in earlier, but the car was then an oddball mix of vacuum secondary and double pumper design and therefore hard to set up properly.

He was then advised by a race workshop to fit a double pumper, but this time a Holley 4776 600 CFM, which turned out to be a good choice and later bought a new “test” Holley 4776 600 double pumper carburetor, which had been used to run in V8 engines, but was not jetted to suit the Sunbeam’s 302.

Finally, he turned to Allstate for help and we were able to give him the primary and secondary jet sizes for maximum fuel economy without running too lean. We advised him to fit 64 primary and 74 secondary jets and David reports that it has run perfectly with that setting ever since.

Dave says he likes the Holley double pumper for its simplicity, tunabilty and performance, but he doesn’t like that the vertical bowl gaskets tend to leak fuel. He finds that there is is a constant fuel smell with the Holley.

He is planning to fit an Edelbrock 1902 AVS2 “Thunder” carburetor. He explains that it doesn’t have vertical fuel bowl gaskets and he feels the annular discharge nozzles give better atomization.

The History Of The Sunbeam Tiger 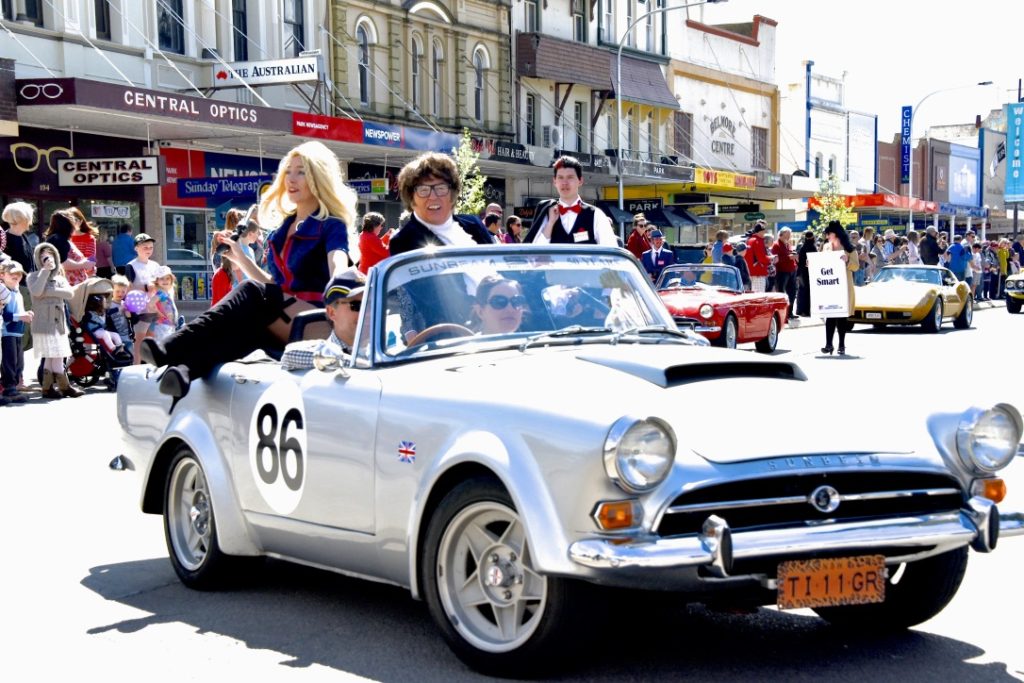 As president of the Sunbeam Club, David really knows his stuff and he shared some of that with us.

The Sunbeam Alpine was a British built sports car built by the Rootes Group from 1959–1968. The Sunbeam Tiger, based on the Alpine, was an American/Anglo collaboration involving Ken Miles and Carroll Shelby, following the same basic formula as the famed AC Cobra. Miles and Shelby each built a prototype Tiger, replacing its 1.6 liter, inline four cylinder engine with an American 260 cubic inch Ford Windsor V8.

Carroll Shelby’s design, built on the sly using $10,000 of “advertising money”, had the engine moved back into the engine bay to give it a close to 50:50 weight distribution, as well as a Toploader gearbox. Miles had knocked up a low-budget prototype with an automatic transmission as a simple proof of concept, but it lacked the balance of the Shelby design. 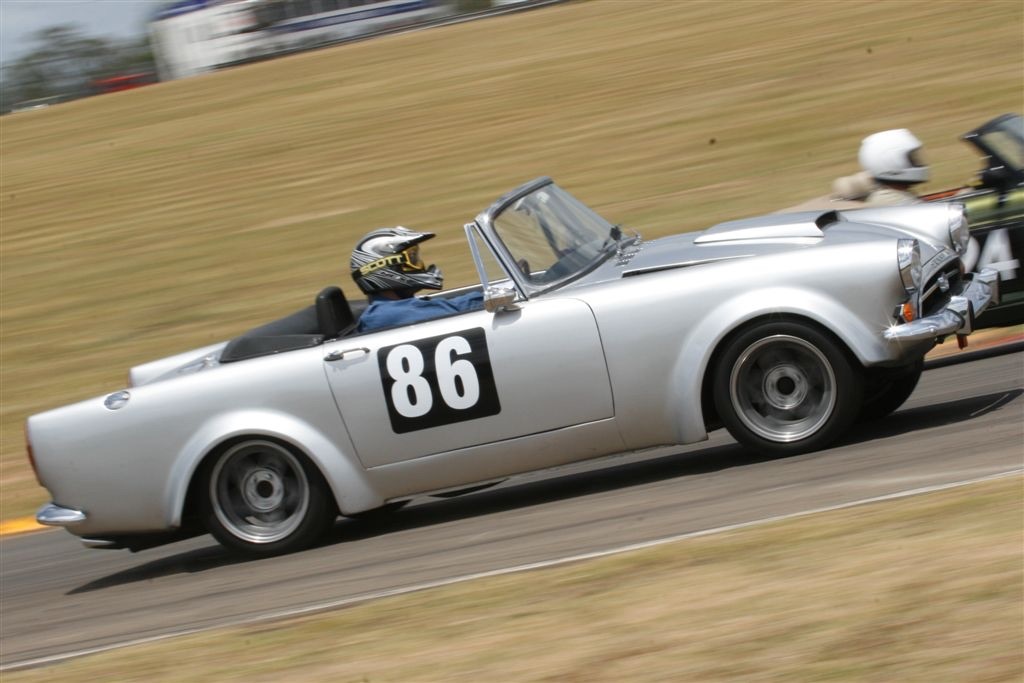 Shelby’s prototype was sent to the UK where the owner of the company, Lord Rootes (who did not know about the stealth V8 project) took the car for a drive and loved it. The company decided to build them for export to the US to cash in on the growing interest in sports cars in the USA. The Rootes Group ordered over seven thousand V8 engines from Ford in what was likely the largest outside order for V8 engines that Ford had ever had.

The 260 V8 was also used in the early Cobras and the first Mustangs, but was later replaced by the 289. Ford’s 289 was also used in the rare “MkII” Tigers manufactured in 1967. These were the last of the breed. Only about five hundred were built and these rare cars are now quite valuable.

The Sunbeam Tiger entered popular culture when it was driven by Secret Agent Maxwell Smart played by Don Adams in the 1960’s television series “Get Smart”. The car also appeared in the 2008 movie of the same name, which starred Steve Carell and Anne Hathaway.

How David Uses The Car 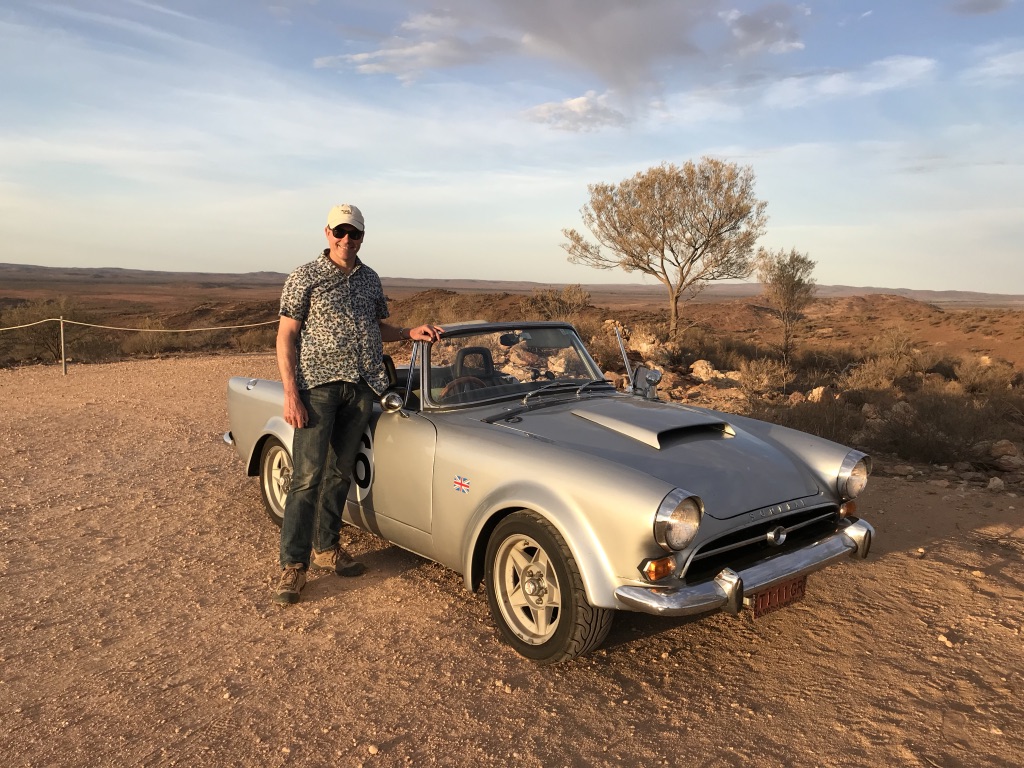 David reports that, while the car is no longer used for racing, it is no garage queen.

He takes his Sunbeam out on regular “Sunbeam club” runs around Sydney and on occasional National Sunbeam Rallies across Australia.

He has driven the Sunbeam from Sydney to Queensland, Victoria and South Australia in recent years. This included driving across the Australian outback in convoy with other Sunbeam Tigers through dust storms in a two thousand mile round trip to Hahndorf in the Adelaide Hills. 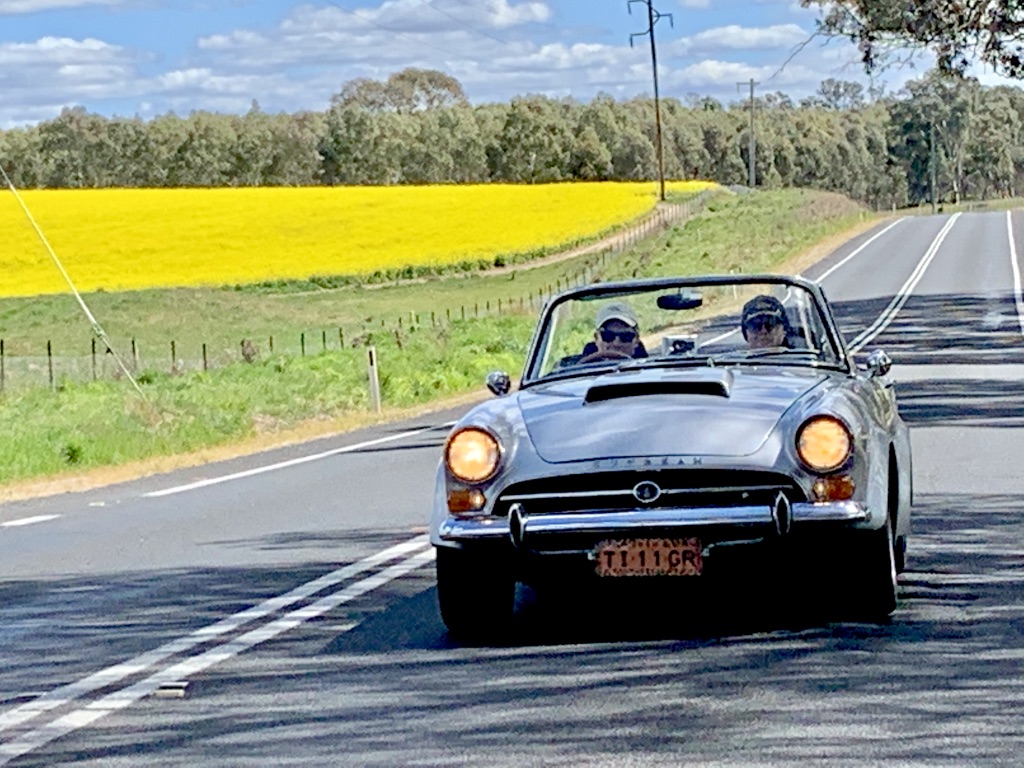 Thanks for sharing your car with us, David. 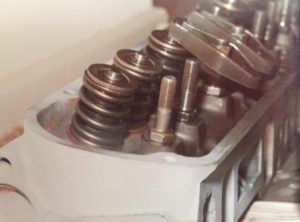 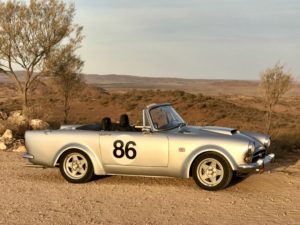 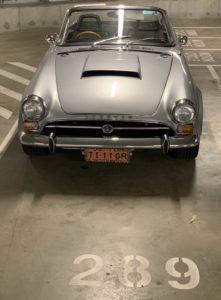 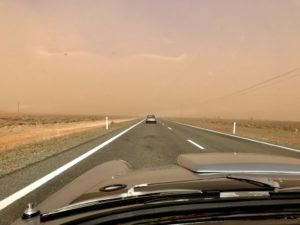 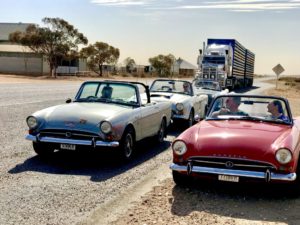 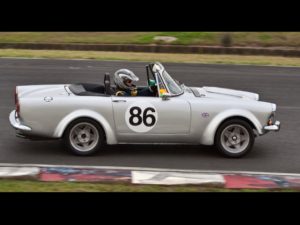 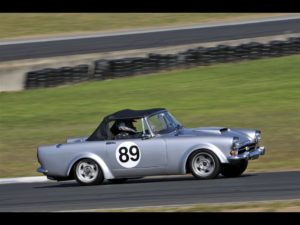 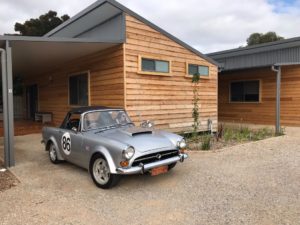