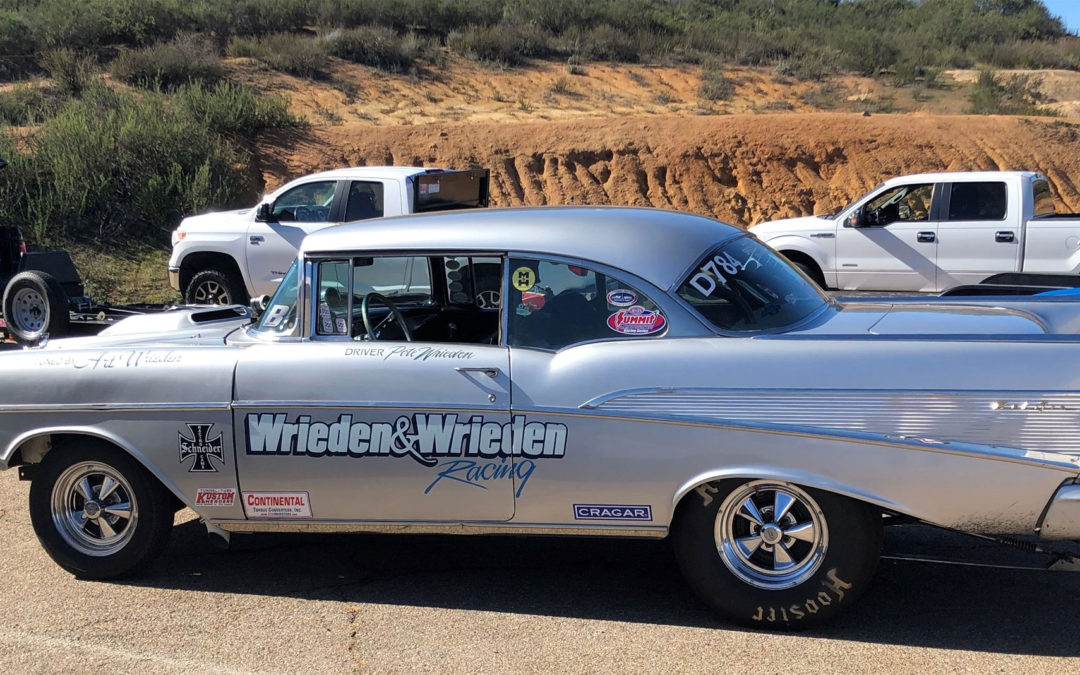 This week on The Finish Line Gallery, we’re proud to bring you Pete Weiden’s amazing 1957 Chevy.

The pictures he first sent feature the car in race trim, but when Pete told us that this was his daily driver for over he decade and that he and his father bought the car in 1982, when he was just sixteen, we just had to know more. 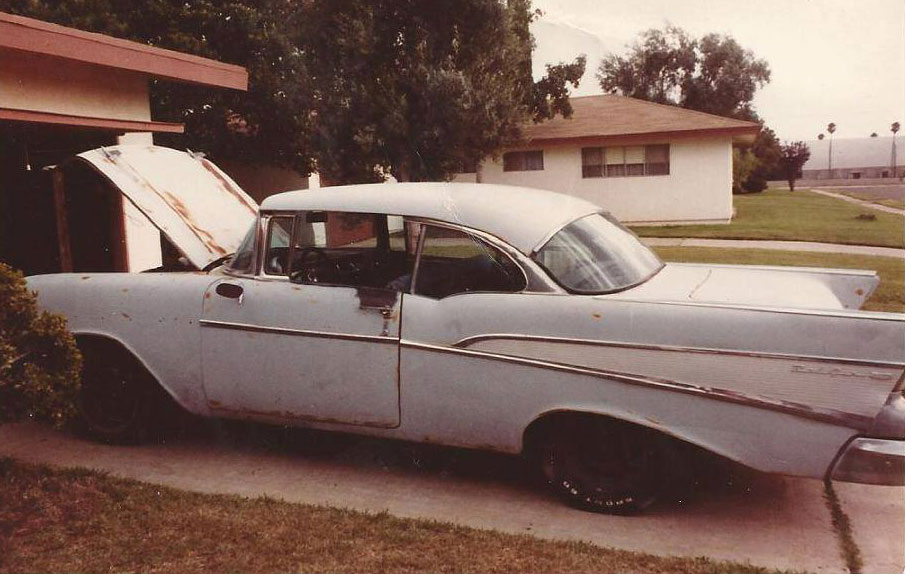 When Pete was sixteen, he worked all Summer at a local Trap and Skeet Gun range, saving up money for a car. After a season’s worth of feeding the clay bird machine he managed to save up about five hundred dollars. That was not a lot of money for car, even in 1982. He pored over the local Auto Trader, but everything that was in his budget were junk cars, most with no engines or engines in a basket with four doors.

Pete’s Dad Art came to the rescue. He told Pete that if he found a two door car with a V8 and a manual transmission he’d go half in with him. Art, it turns out, did some drag and stock car racing back in the 60’s, so there was possibly an ulterior motive there.

He found the ’57 listed for $1300. It was out in the country and fit the bill. So they went to see it and it was pretty rough. It did not run, had four different size tires and all of the chrome was in the trunk. Pete offered a thousand and the car was his.

The next day Pete’s dad went and towed the car home. When Pete’s Mom saw what was in the driveway, she turned around and went right back into the house. 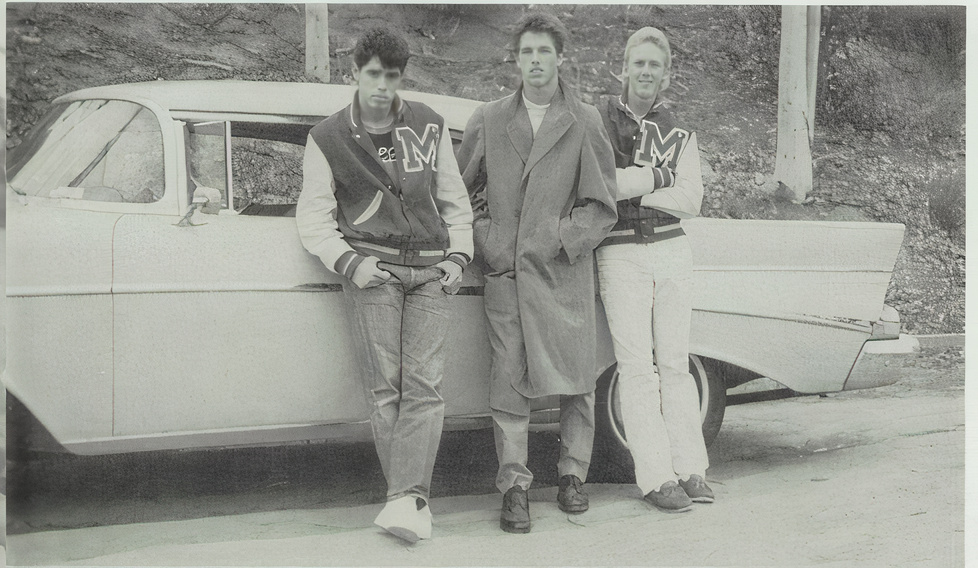 Pete and his father went to a lot of swap meets to find parts for the ’57, eventually getting the car to run and making it road worthy. He drove it to in High School and college and after that to work every day. It was his daily driver until the mid 90’s and it took a lot of effort to keep it going. Pete tells of many nights working late into the evening trying to figure out what was wrong with the car so he could go to work the next day.

Eventually, Pete retired the ’57 from daily driver duty. Somewhere along the way he caught the racing bug and started taking the ’57 to antique drag events and then also got into bracket racing.

Pete usually runs his cars at a small track near San Diego, CA called Barona 1/8th Mile Drag Strip. He participates in their Summit ET series and ET Finals every year as well as other events held at the track. He races the ’57 all over the West Coast with Bakersfield March Meet being the largest and most well know event he’s been in. 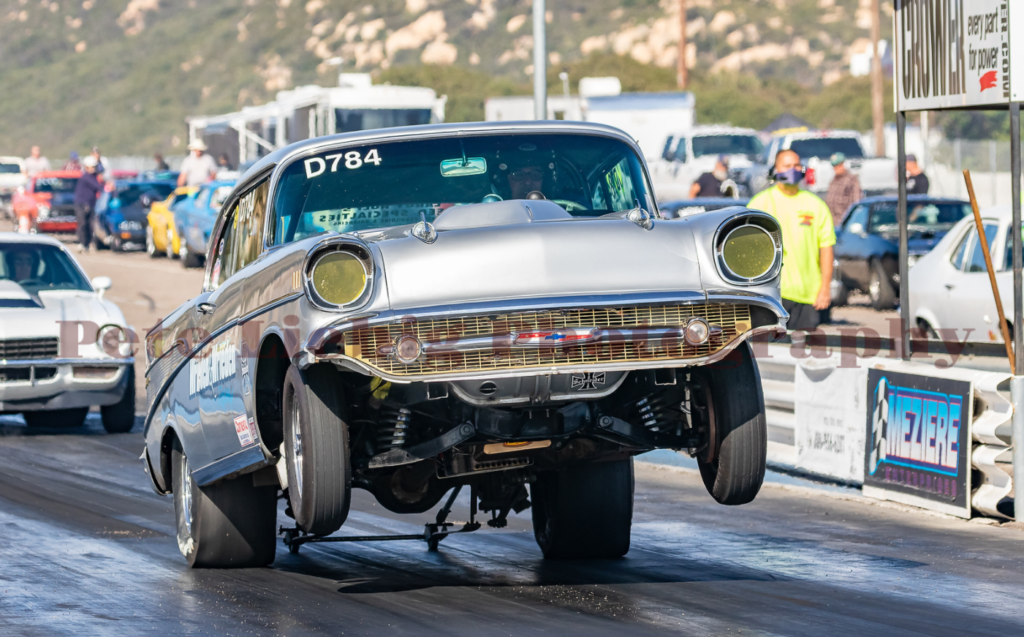 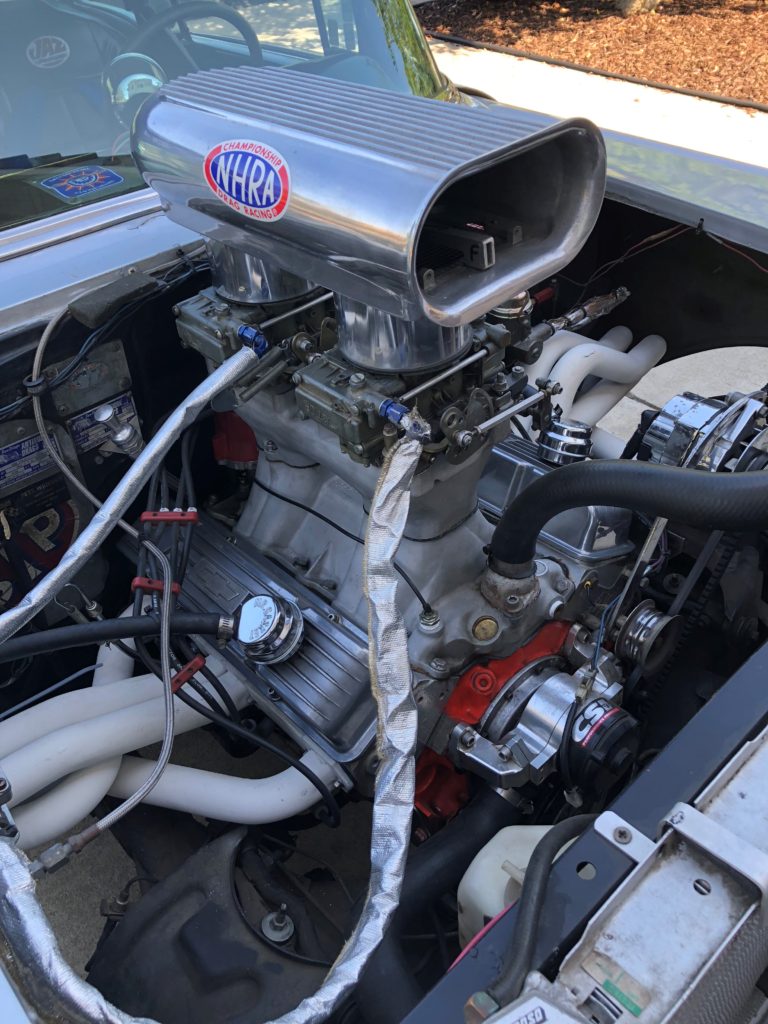 Pete originally contacted Allstate over ten years ago for some help with 660’s on a tunnel ram. He needed new shaft /butterflies and we made him a custom rear linkage piece. We also sold him some rebuild kits and advice on setting them up

Peter runs a 416CI small block Chevy. Here are some more specs on his setup.

Pete tells us that it is almost unbelievable that’s he still has this car forty years after he first bought it. He feels lucky to have been able to enjoy it all of these years and to have all the wonderful memories and time spent working, driving and learning with the car.

We feel lucky too, Pete. Thanks so much for sharing your car and its story with us.